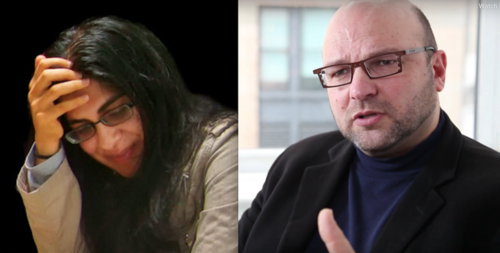 The global arms industry has less regulation than the global trade in bananas! More than 40 percent of all global corruption originates from the global arms trade.  Poor, contradictory and weakly enforced governance systems have allowed for reporting between importing and exporting nations to become a largely private affair, devoid of meaningful scrutiny. Investigative journalism and whistleblowers have exposed many of these deals which would otherwise never have been known.
Arms deals are often concluded by politicians, military leaders, corporate executives and dubious intermediaries, all of whom benefit materially and politically from the transactions. Corruption is rife and often ignored, leading to inappropriate military matériel being purchased for the bribes rather than the security of the nation. The trade operates with virtual impunity behind a veil of national-security-imposed secrecy.
Unlike the Cold War, when polities determined target markets for the militarisation of allies, the current landscape embeds vast arms sales as security, a means of development and defense of nations againsts terrorism. In the process, democracy and justice have been systematically undermined, even bypassed, through opaque relationships between powerful foreign donors - often major arms manufacturers - and recipient nations, usually developing countries.
These relationships have propped up authoritarian regimes while causing regional conflict between nations. By way of example, Saudi Arabia, the world’s largest arms importer from 2015 to 2019, is a key exporter of arms to conflict zones such as Yemen but largely sources arms from the US as well as the UK. Authoritarian-run Uganda has received more military training from the US than any other country (save Burundi) in sub-Saharan Africa while countries in the Sahel including the Niger and Chad are militarised by the US as a means of countering Islamist terrorism. All these countries have dictatorships or corrupt regimes at the helm.
Several lines of commonality underscore and even deepen disproportionate acquisition of arms including sanctions, the presence of commodity traders and rent-seeking economies, particularly those exporting oil, gas and gold. The role of legal and financial opacity within harmful corporate vehicles, the hidden role of offsets and the use of secrecy jurisdictions are typical red flags.
As a young democracy South Africa decided to purchase $10bn of arms  most of which it had no use for and has barely used. At least $350m of bribes were paid to politicians, senior officials, military leaders, corporate executives and intermediaries. The ruling party also benefited.  To avoid exposure, the country’s ruling party, the African National Congress (ANC) fired Andrew Feinstein, the chairperson of the ANC’s parliamentary public accounts committee, who sought to launch a commission of inquiry into the deal. The deal, and its subsequent cover-up, marked the point at which the ruling ANC lost its moral compass: those who had sacrificed everything for the attainment of democracy were willing to destroy the institutions of democracy to protect themselves from scrutiny.

Poynter Fellow Khadija Sharife (LLM) is a writer, investigative journalist and senior Africa editor at the Organised Crime and Corruption Reporting Project. Her focus is illicit financial flows, natural resources, and political economy. She is the former director of Plateforme de Protection des Lanceurs d’Alerte en Afrique and the author of “Tax Us If You Can: Africa.”

Andrew Feinstein is the author of the critically-acclaimed The Shadow World: Inside the Global Arms Trade which reveals the corruption and malfeasance at the heart of the global arms business. The Washington Post described the book as “the most complete account of the trade ever written”, while the Independent praised its combination of “amazing storytelling … with a level of detail that may well be unique.” Feinstein is currently Executive Director of Shadow World Investigations, an NGO that details and exposes the impact of bribery and corruption on democracy. He was named amongst the 100 most influential people in the world working in armed violence reduction.